Is it possible to produce recombinant proteins without cells?
Yes,
in this blog we present a brief historical summary of cell-free protein synthesis and overview of related products from New England Biolabs (NEB).

In 1961 the early pioneering work by Nirenberg and Matthaei (1), demonstrated in vitro protein translation in cellular extracts. Since this, cell-free protein synthesis has become an important tool for molecular biologists in many applications (2).

The biggest advantage, compared to protein production in living cells, is that cell-free protein synthesis is the quickest way to obtain an expressed protein from a gene. Starting with a PCR or plasmid template, in vitro protein synthesis and functional assays can be carried out in a few hours. In addition, it is independent of host cells. Proteins which are toxic or prone to proteolytic degradation can be readily prepared in vitro.

There are two mail advantages with cell-free protein synthesis: 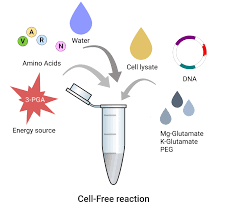 The drawback of extract-based systems is that they often contain nonspecific nucleases and proteases that adversely affect protein synthesis. In addition, the cell extract is like a “black box” in which numerous uncharacterized activities may modify or interfere with subsequent downstream assays.

Some of these limitations can be partially overcome, for instance, by using engineered strains or by adding various inhibitors. Nevertheless, the problems cannot be solved at the root level.

The "PURE" Approach – protein machinery based on recombinant proteins

Although cell-free protein synthesis is typically based on cell extracts, it is also possible to make a “PURE” system (Protein Synthesis Using Recombinant Elements) consisting of:

The first complete in vitro reconstitution of protein translation from E. coli was accomplished in 2001 by Dr. Takuya Ueda’s lab at the University of Tokyo. This system was then commercialized as the PURESYSTEM® by the Post Genome Institute (PGI) (Tokyo, Japan).

PURExpress™ from New England Biolabs (NEB) is based on the PURESYSTEM® from PGI and improves on the original kit by optimizing components to increase yield of protein synthesis. For more information please click here.

Advantages and Applications of the PURE system:

The PURE system is more robust and convenient than most extract-based systems for many in vitro applications. The immediate advantages are:

1PURExpress®  - a variation of the PURExpress In vitro Protein Synthesis
Kit where the release factors 1, 2 and 3 are omitted from the translation mix

2 PURExpress® delta ribosome kit - a variation of the PURExpress In vitro
Protein Synthesis Kit where ribosomes are omitted from the translation mix. 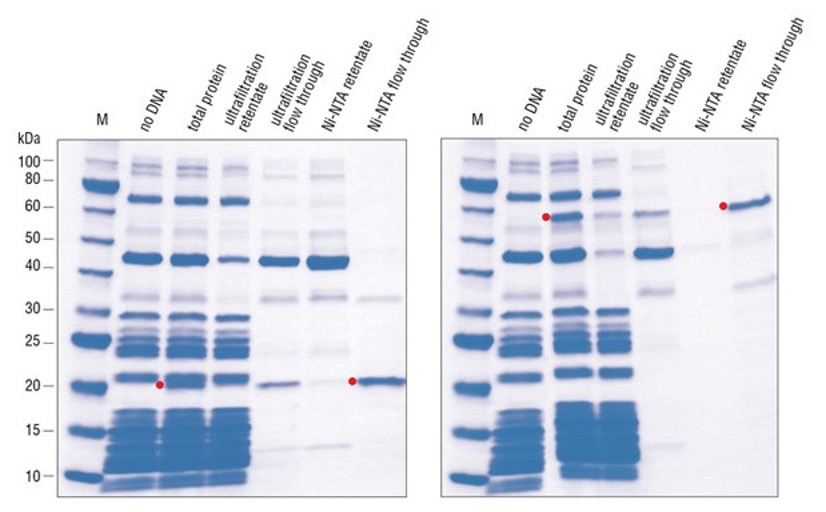 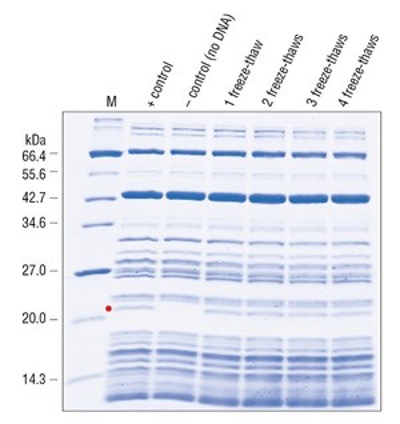 Figure 1: Expression and reverse purification of DHFR (A) and T4 DNA Ligase (B) using PURExpress. 125 µl reactions were carried out according to recommendations in accompanying manual. Samples were analyzed on a 10–20% Tris-glycine gel and stained with Coomassie Blue. Note that in both cases, the desired protein can be visualized in the total protein fraction. The red dot indicates the protein of interest. Marker M is the Protein Ladder (NEB #P7703).

Figure 2: PURExpress retains activity after multiple freeze-thaw cycles. Solutions A and B were subjected to four rounds of freeze-thaw treatment and then used to set up standard reactions according to manual recommendations. The red dot indicates the protein of interest. Marker M is the Protein Marker, Broad Range (NEB #P7702).

Advantages and applications of the PURE system

The simple format of the PURE system allows it to be easily integrated into high throughput platforms for functional genomics and proteomics studies. The absence of any nuclease activities ensures the stability of linear DNA templates during protein synthesis. Individual DNA templates for in vitro expression can be generated by PCR, eliminating the time-consuming cloning process. This feature is particularly useful for high throughput screening at the whole genome scale, either for novel activities or for protein-protein interactions. For structural genomics projects, the PURE system can be an alternative route to acquire difficult protein targets which resist traditional cellular expression (4).

Another important advantage of the PURE system is the ability to control its composition. For example, omission of the release factor 1 (RF1) in the PURE system allows unnatural amino acids to be efficiently incorporated at specific amber codon sites via chemically mis-acylated suppressor tRNA (3,11). It was recently reported that the translation apparatus of E. coli can tolerate a wide range of amino acid derivatives, revealing even greater potential for the ribosomal synthesis of unnatural peptides using reconstituted systems (12).

Directed evolution of proteins in vitro is a powerful tool for improving and creating biocatalysts. Several in vitro evolution methodologies, such as mRNA display (5), ribosome display (6) and in vitro compartmentalization (7), depend on in vitro translation. For example, NEB first demonstrated that the PURE system is uniquely suited for the in vitro selection of restriction endonucleases using the in vitro compartmentalization method (8), as it is free of nonspecific nuclease activity. In this study, the PURE system and the DNA library were dispersed into more than 109 aqueous droplets in a water-in-oil emulsion. The droplet encapsulation provides a linkage between the phenotype (expressed protein) and the genotype (DNA), which sets the stage for the specific selection of restriction enzyme genes. Other researchers have reported that using the PURE system greatly improves the efficiency of ribosome display (9).

Systematically mutagenized protein-coding libraries can be used as well to test if a specific mutation(s) affects protein function. Again, only a few PCR steps are needed to obtain the mutant protein, providing a quick experimental verification of hypotheses.

The PURE system contains the minimal set of factors necessary for in vitro protein translation. It is largely free of chaperones and other cellular factors for post-translational modifications, thus providing a starting point to study the involvement of these factors in transcription/translation regulation and nascent chain folding (10).

It can also be used to produce “clean” proteins which, if purified from traditional cellular hosts, may come with undesired modifications, or bound co-factors. A number of research labs studying translation routinely use home-made reconstituted systems to study different aspects of translation.

The future of cell-free protein synthesis

Future generations of cell-free protein synthesis systems should contain defined components, providing a clean background and at the same time be able to produce correctly folded proteins of any type in high yields. The PURE system clearly represents a breakthrough towards this goal. Improved reconstituted systems will be customized for expression of complex proteins such as large membrane proteins, multi-subunit assemblies and specifically modified proteins etc.

Customization will also permit diversity in the protein synthesis conditions, such as elevated or decreased temperature, ionic strength, and redox environment etc.

Protein translation is one of the core processes in living organisms that serve as a “central node” to network other biological processes. There is no doubt that creative applications of the reconstituted systems will go beyond producing proteins and into such diverse fields as synthetic biology, systems biology, and medical diagnostics. 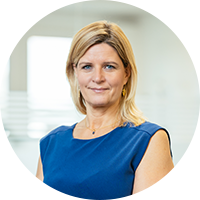